The 10 Mental Illnesses Batman Indisputably Has 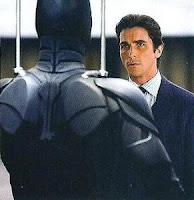 Batman has got to be the favored superhero of the mentally ill. He’s their King, after all—the guy who took his unhealthy obsession to mega-levels, and in doing so, became a legend. (Of course, Batman is also one of the most popular heroes for the American population—what that says about the sanity of the nation at large is an open question.) It makes sense, then, that most of Batman’s villains are a few batarangs short of a full utility belt—try to name one of the Dark Knight’s rogues gallery that’s not cuckoo for cocoa puffs. Batman’s whole shtick is that he’s the madman fighting the madness.

But the thing about Batman is that he’s not limited to just one mental disorder—this guy visited the crazy buffet, filled his plate, and went back for seconds. So here’s a rundown of the 10 biggest mental problems he's got, all of which prove that Batman is very clearly bat-shit insane.