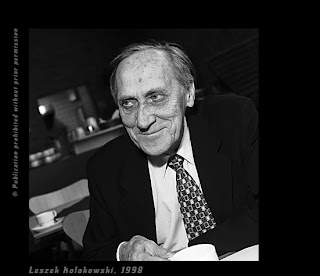 Polish writer and philosopher Leszek Kolakowski, author of "Conversations with the Devil," is the winner of the 2007 Jerusalem Prize for Literature. The prize will be awarded at the International Book Fair in Jerusalem, which will take place on February 18. The Jerusalem Prize for Literature, currently worth $10,000, was established in 1963, at the same time as the fair. Up do date, winners include Bertrand Russell, Arthur Miller, Susan Sontag, Mario Vargas Llosa, Milan Kundera, and Simone de Beauvoir. This year, the panel of judges consisted of Prof. Menachem Brinker, Prof. Shlomo Avineri and Dr. Michal Govrin.

"Kolakowski is a philosopher, a brilliant writer and a historian of ideas and social movements," the judges wrote in their decision. "His book offers great moral inspiration to all who struggle for man's freedom in society. He is known for the criticism he voiced regarding the oppressive aspects of the Communist regime in Poland and Eastern Europe - from his own painful experience." Kolakowski was born in Radom, Poland, in 1927. He earned his doctorate in philosophy from Warsaw University, and has a reputation for being an expert on Spinoza's ideas.

In 1945 he joined the Communist party, but in 1954 he was accused of not following its path. In 1966 he was expelled from the party and was persecuted for the opinions he expressed in the press. In 1968 Kolakowski was suspended from his job at the university and subsequently left Poland. His writings have been banned in Poland since 1981. Another of his works that has been published in Hebrew - in addition to "Conversations with the Devil," which was translated by Michael Handelzalts and published jointly by Mapa and Tel Aviv University - is "The Presence of Myth."
Posted by Martín Tanaka at 5:23 p.m.