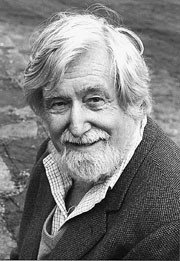 Clifford Geertz, an eminent scholar in the field of cultural anthropology known for his extensive research in Indonesia and Morocco, died at the age of 80 early yesterday morning of complications following heart surgery at the Hospital of the University of Pennsylvania. Dr. Geertz was Professor Emeritus in the School of Social Science at the Institute for Advanced Study, where he has served on the Faculty since 1970. Dr. Geertz's appointment thirty-six years ago was significant not only for the distinguished leadership it would bring to the Institute, but also because it marked the initiation of the School of Social Science, which in 1973 formally became the fourth School at the Institute.

Dr. Geertz's landmark contributions to social and cultural theory have been influential not only among anthropologists, but also among geographers, ecologists, political scientists, humanists, and historians. He worked on religion, especially Islam; on bazaar trade; on economic development; on traditional political structures; and on village and family life. A prolific author since the 1950s, Dr. Geertz's many books include The Religion of Java (1960); Islam Observed: Religious Development in Morocco and Indonesia (1968); The interpretation of Cultures: Selected Essays (1973, 2000); Negara: The Theatre State in Nineteenth Century Bali (1980); and The Politics of Culture, Asian Identities in a Splintered World (2002). At the time of his death, Dr. Geertz was working on the general question of ethnic diversity and its implications in the modern world.

Peter Goddard, Director of the Institute, said, "Clifford Geertz was one of the major intellectual figures of the twentieth century whose presence at the Institute played a crucial role in its development and in determining its present shape. He remained a vital force, contributing to the life of the Institute right up to his death. We have all lost a much loved friend."

"Cliff was the founder of the School of Social Science and its continuing inspiration," stated Joan Wallach Scott, Harold F. Linder Professor in the School of Social Science at the Institute. "His influence on generations of scholars was powerful and lasting. He changed the direction of thinking in many fields by pointing to the importance and complexity of culture and the need for its interpretation. We will miss his critical intelligence, his great sense of irony, and his friendship."

Dr. Geertz's deeply reflective and eloquent writings often provided profound and cogent insights on the scope of culture, the nature of anthropology and on the understanding of the social sciences in general. Noting that human beings are "symbolizing, conceptualizing, meaning-seeking animals," Geertz acknowledged and explored the innate desire of humanity to "make sense out of experience, to give it form and order." In Works and Lives: The Anthropologist as Author (1988), Geertz stated, "The next necessary thing...is neither the construction of a universal Esperanto-like culture...nor the invention of some vast technology of human management. It is to enlarge the possibility of intelligible discourse between people quite different from one another in interest, outlook, wealth, and power, and yet contained in a world where tumbled as they are into endless connection, it is increasingly difficult to get out of each other's way."

Dr. Geertz was born in San Francisco, California, on August 23, 1926. After serving in the Navy from 1943 through 1945, he studied under the G.I. Bill at Antioch College in Yellow Springs, Ohio, where he majored in English. His internship as a copyboy for The New York Post dissuaded him from becoming a newspaper man. "It was fun but it wasn't practical," he said in an interview with Gary A. Olson ("Clifford Geertz on Ethnography and Social Construction," 1991), so he switched to philosophy, partly because of the influence of philosophy professor George Geiger, "the greatest teacher I have known." "I never had any undergraduate training in anthropology [Antioch didn't offer it at the time] and, indeed, very little social science outside of economics," Geertz told Olson. "Finally, one of my professors said, 'Why don't you think about anthropology?'"

After receiving his A.B. in philosophy in 1950, Geertz went on to study anthropology at Harvard University and received a Ph.D. from the Department of Social Relations in 1956. It was a heady time, according to Geertz. "Multi- (or 'inter-' or 'cross-') disciplinary work, team projects, and concern with the immediate problems of the contemporary world, were combined with boldness, inventiveness, and a sense that things were, finally and certainly, on the move." Geertz recounted that he was exposed to a form of anthropology "then called, rather awkwardly, 'pattern theory' or configurationalism.' In this dispensation, stemming from work before and during the war by the comparative linguist Edward Sapir at Yale and the cultural holist Ruth Benedict at Columbia, it was the interrelation of elements, the gestalt they formed, not their particular atomistic character that was taken to be the heart of the matter."

At this point, Geertz became involved in a project spearheaded by cultural anthropologist Clyde Kluckhohn, who headed Harvard's Russian Research Center. Geertz was one of five anthropologists assigned to the Modjokuto Project in Indonesia, sponsored by the Center for International Studies at the Massachusetts Institute of Technology, and it was one of the earliest efforts to send a team of anthropologists to study large-scale societies with written histories, established governments, and composite cultures. In the late 1950s and early 1960s, anthropology was torn apart by questions about its colonial past and the possibility of objective knowledge in the human sciences. "For the next fifteen years or so," Geertz wrote, "proposals for new directions in anthropological theory and method appeared almost by the month, the one more clamorous than the next. I contributed to the merriment with 'interpretive anthropology,' an extension of my concern with the systems of meaning, beliefs, values, world views, forms of feeling, styles of thought, in terms of which particular peoples construct their existence."

Consultant to the Ford Foundation on Social Sciences in Indonesia in 1971, he was Eastman Professor at Oxford University from 1978 to 1979, and held an appointment as Visiting Lecturer with Rank of Professor in the Department of History at Princeton University from 1975 to 2000. In 1970, Geertz joined the permanent faculty of the School of Social Science at the Institute, and was named Harold F. Linder Professor of Social Science in 1982. He transferred to emeritus status in 2000. Dr. Geertz is the author and co-author of important volumes that have been translated into over twenty languages and is the recipient of numerous honorary degrees and scholarly awards. He received the National Book Critics Circle Prize in Criticism in 1988 for Works and Lives: The Anthropologist as Author, and was also the recipient of the Fukuoka Asian Cultural Prize (1992) and the Bintang Jasa Utama (First Class Merit Star) of the Republic of Indonesia (2002). Over the years, he received honorary degrees from Harvard, Yale, and Princeton universities, from Antioch, Swarthmore, and Williams colleges, and from the University of Cambridge, among other institutions.

Dr. Geertz's fieldwork was concentrated in Java, Bali, Celebes, and Sumatra in Indonesia, as well as in Morocco. In May 2000, he was honored at "Cultures, Sociétiés, et Territoires: Hommage à Clifford Geertz," a conference held in Sefrou, Morocco, where he had conducted work for a decade. It was particularly gratifying, commented Geertz, because "Anthropologists are not always welcomed back to the site of their field studies."

Dr. Geertz is survived by his wife, Dr. Karen Blu, an anthropologist retired from the Department of Anthropology at New York University; his children, Erika Reading of Princeton, NJ, and Benjamin Geertz of Kirkland, WA; and his grandchildren, Andrea and Elena Martinez of Princeton, NJ. He is also survived by his former wife, Dr. Hildred Geertz, Professor Emeritus in the Department of Anthropology at Princeton University. A Memorial will be held at the Institute for Advanced Study. Details will be announced at a future date.