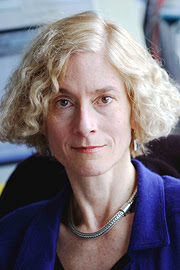 What was your most embarrassing moment?

When I was four I joined a group of girls who were talking about their party dresses. I thought they were imagining, so I imagined a fantastic pink velvet dress with lots of jewels. But they were simply describing what they actually wore, and they had utter contempt for my obvious fiction. After that, I never joined a group again.

What is the worst thing anyone's said to you?

Nothing any non-intimate would say would bother me; I wouldn't tell you if an intimate said anything hurtful.

If you could go back in time, where would you go?

I'd like to be a student in Rabindranath Tagore's school in Santiniketan in around 1915, dancing in the dance-dramas he wrote.

I've always liked John Stuart Mill's reported last words: 'I have done my work.' I would like people to say that of me.