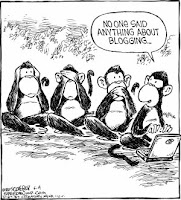 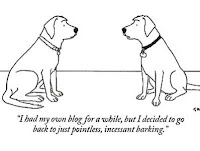 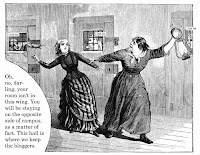 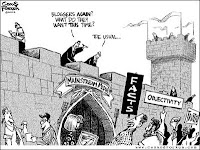 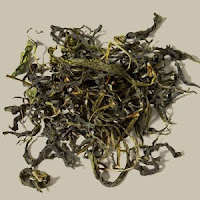 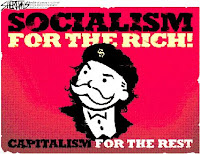 http://martintanaka.blogspot.com/2007/02/windows-vista-comentado-por-karl-marx.html
Posted by Martín Tanaka at 9:02 a. m. No hay comentarios.:

Ver también:
http://seminariogargarella.blogspot.com/2008/12/la-distancia-que-nos-separa-de-scott.html
Posted by Martín Tanaka at 10:20 a. m. No hay comentarios.: 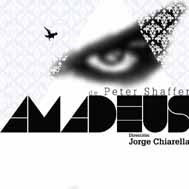 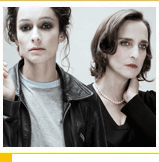 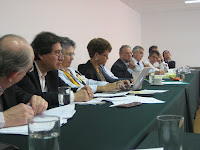 Antonio Navarro Wolff
January 2007
Ending the Conflict with the FARC: Time for a New Course

The Top 10 Stories You Missed in 2008
This year, a historic U.S. election, a catastrophic financial crisis, and China’s Olympic dreams dominated headlines, but some of the biggest stories never made the front page. From the Afghanistan “surge” that’s already begun, to the global warming solution that could be making the problem worse, here are 10 big stories that never became big news.
http://www.foreignpolicy.com/top10-2008/TopTenStories2008_print.html

The 10 Worst Predictions for 2008
Prognostication is by far the riskiest form of punditry. The 10 commentators and leaders on this list learned that the hard way when their confident predictions about politics, war, the economy, and even the end of humanity itself completely missed the mark.
http://www.foreignpolicy.com/story/cms.php?story_id=4569&print=1
Posted by Martín Tanaka at 10:57 a. m. 1 comentario:

In this special issue of Cato Unbound, we’ve asked four respected economists, with four very different perspectives, to supply what they think are the missing pieces of the puzzle and to tell us how they all fit together.

Before the meltdown, a few perpetually dour forecasters saw disaster on the horizon, because they always see disaster on the horizon. Yet no one predicted the disaster we got. And the full, true story of what really happened has yet to be told. Of course, this hasn’t kept ideologues from taking the opportunity to malign their enemies and plump for policies they wanted all along. But we cannot place blame until we know what actually happened and why. And we can’t do anything to ensure it won’t happen again until we know what “it” was.

At the end, your mutual fund statement might not look brighter, but it least it will be a bit less maddeningly mysterious. More importantly, with a clearer picture of what happened, we can start deliberating more intelligently about what does, and does not, need to done.

Top priority was given to Early Childhood Development programs. These are interventions that improve the physical, intellectual and social development of children early in their life. The interventions range from growth monitoring, daycare services, preschool activities, improved hygiene and health services to parenting skills. Besides improving children’s welfare directly, the panel concluded these programs create further benefits for family members, releasing women and older siblings to work outside the home or to further their own education. Evidence shows that the benefits are substantially higher than the costs. Promoting early childhood development is a regional solution that provides both immediate and long-term benefits.

Improving Fiscal Rules was generally seen as a great opportunity to improve the budget process within many countries in Latin America. Consolidating the budget process through procedural rules that would set structural deficit targets and limit deficits, spending and debt levels, and increase budget transparency would help avoid insolvency and excess spending in good times. At a low cost, this could potentially increase nations’ growth rate substantially.

Next on the panel’s list was Increased Investment in Infrastructure, Including Maintenance. The panel found that the region under-invests in infrastructure. Improving roads, seaport, water, sanitation, electricity and telecommunication would considerably stimulate growth. Boosting infrastructure and improving maintenance was found to yield a very high return on investment, while also providing and increasing access to markets and thus generating more prosperity.

The panel found that idea of establishing independent Policy and Program Evaluation Agencies very promising. An independent (public or private) and possibly international agency should provide evaluation and cost-benefit analysis to monitor social conditions and government programs over time. Between nations, the agencies should share information on effective policies. This would ensure more effective programs are prioritized by both policy makers and the public.

The panel also recommended Conditional Cash Transfer programs to provide monthly cash payments to poor households conditioned on parents sending their children to school, health clinics etc. The panel found that this is a well proven way to permanently reduce poverty. Furthermore, the panel found that conditional cash transfers could address several different problem areas such as poverty, inequality, and inadequate health and education, especially if adapted to local conditions. 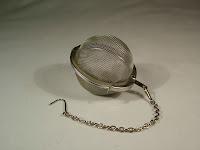 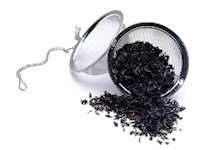 Life after bankruptcy
The age of privatisation is over. Politics not the market is responsible for promoting the common good. Philosopher Jürgen Habermas talks to Thomas Assheuer about the necessity of an international world order.
http://www.signandsight.com/features/1798.html
Posted by Martín Tanaka at 4:20 p. m. No hay comentarios.:

Last year the Slovenian philosopher Slavoj Zizek published a piece in The New York Times deploring America's use of torture to extract a confession from Khalid Shaikh Mohammed, the Al Qaeda leader who is thought to have masterminded the attacks of September 11. The arguments that Zizek employed could have been endorsed without hesitation by any liberal-minded reader. Yes, he acknowledged, Mohammed's crimes were "clear and horrifying"; but by torturing him the United States was turning back the clock on centuries of legal and moral progress, reverting to the barbarism of the Middle Ages. We owe it to ourselves, Zizek argued, not to throw away "our civilization's greatest achievement, the growth of our spontaneous moral sensitivity." For anyone who is familiar with Zizek's many books, what was striking about the piece was how un-Zizekian it was. Yes, there were the telltale marks--quotations from Hegel and Agamben kept company with a reference to the television show 24, creating the kind of high-low frisson for which Zizek is celebrated. But for the benefit of the Times readers, Zizek was writing, rather surprisingly, as if the United States was basically a decent country that had strayed into sin.

He was being dishonest. What Zizek really believes about America and torture can be seen in his new book, Violence, when he discusses the notorious torture photos from Abu Ghraib: "Abu Ghraib was not simply a case of American arrogance towards a Third World people; in being submitted to humiliating tortures, the Iraqi prisoners were effectively initiated into American culture." Torture, far from being a betrayal of American values actually offers "a direct insight into American values, into the very core of the obscene enjoyment that sustains the U.S. way of life." This, to Zizek's many admirers, is more like it.

It also provides a fine illustration of the sort of dialectical reversal that is Zizek's favorite intellectual stratagem, and which gives his writing its disorienting, counterintuitive dazzle. Torture, which appears to be un-American, is pronounced to be the thing that is most American. It follows that the legalization of torture, far from barbarizing the United States, is actually a step toward humanizing it. According to the old Marxist logic, it heightens the contradictions, bringing us closer to the day when we realize, as Zizek writes, that "universal human rights" are an ideological sham, "effectively the rights of white male property owners to exchange freely on the market and exploit workers and women."

Nor does Zizek simply condemn Al Qaeda's violence as "horrifying." Fundamentalist Islam may seem reactionary, but "in a curious inversion," he characteristically observes, "religion is one of the possible places from which one can deploy critical doubts about today's society. It has become one of the sites of resistance." And the whole premise of Violence, as of Zizek's recent work in general, is that resistance to the liberal-democratic order is so urgent that it justifies any degree of violence. "Everything is to be endorsed here," he writes in Iraq: The Borrowed Kettle, "up to and including religious 'fanaticism.'"

The curious thing about the Zizek phenomenon is that the louder he applauds violence and terror--especially the terror of Lenin, Stalin, and Mao, whose "lost causes" Zizek takes up in another new book, In Defense of Lost Causes--the more indulgently he is received by the academic left, which has elevated him into a celebrity and the center of a cult. A glance at the blurbs on his books provides a vivid illustration of the power of repressive tolerance. In Iraq: The Borrowed Kettle, Zizek claims, "Better the worst Stalinist terror than the most liberal capitalist democracy"; but on the back cover of the book we are told that Zizek is "a stimulating writer" who "will entertain and offend, but never bore." In The Fragile Absolute, he writes that "the way to fight ethnic hatred effectively is not through its immediate counterpart, ethnic tolerance; on the contrary, what we need is even more hatred, but proper political hatred"; but this is an example of his "typical brio and boldness." And In Defense of Lost Causes, where Zizek remarks that "Heidegger is 'great' not in spite of, but because of his Nazi engagement," and that "crazy, tasteless even, as it may sound, the problem with Hitler was that he was not violent enough, that his violence was not 'essential' enough"; but this book, its publisher informs us, is "a witty, adrenalinfueled manifesto for universal values."

In the same witty book Zizek laments that "this is how the establishment likes its 'subversive' theorists: harmless gadflies who sting us and thus awaken us to the inconsistencies and imperfections of our democratic enterprise--God forbid that they might take the project seriously and try to live it." How is it, then, that Slavoj Zizek, who wants not to correct democracy but to destroy it, has been turned into one of the establishment's pet subversives, who "tries to live" the revolution most completely as a jet-setting professor at the European Graduate School, a senior researcher at the University of Ljubljana's Institute of Sociology, and the International Director of the Birkbeck Institute for the Humanities?

A part of the answer has to do with Zizek's enthusiasm for American popular culture. Despite the best attempts of critical theory to demystify American mass entertainment, to lay bare the political subtext of our movies and pulp fiction and television shows, pop culture remains for most Americans apolitical and anti-political--a frivolous zone of entertainment and distraction. So when the theory-drenched Zizek illustrates his arcane notions with examples from Nip/ Tuck and Titanic, he seems to be signaling a suspension of earnestness. The effect is quite deliberate. In The Metastases of Enjoyment, for instance, he writes that "Jurassic Park is a chamber drama about the trauma of fatherhood in the style of the early Antonioni or Bergman." Elsewhere he asks, "Is Parsifal not a model for Keanu Reeves in The Matrix, with Laurence Fishburne in the role of Gurnemanz?" Those are laugh lines, and they cunningly disarm the anxious or baffled reader with their playfulness. They relieve his reader with an expectation of comic hyperbole, and this expectation is then carried over to Zizek's political proclamations, which are certainly hyperbolic but not at all comic...