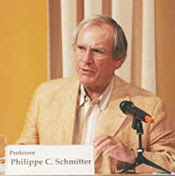 Foto:
http://www.elpais.com/articulo/internacional/izquierdista/Mujica/logra/mayoria/absoluta/elecciones/uruguayas/elpepuint/20091026elpepuint_1/Tes
Posted by Martín Tanaka at 10:55 a. m. No hay comentarios.: 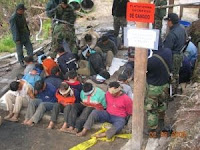 The Nobel Memorial Prize in Economic Sciences was awarded on Monday to two American social scientists for their work in describing the numerous relationships within a company or among companies and individuals that shape market behavior.

The prize committee cited Elinor Ostrom, 76, at Indiana University, and Oliver E. Williamson, 77, at the University of California, Berkeley, for work done over long careers. Ms. Ostrom is the first woman to receive the economics prize in the 41-year history of the award. She is a political scientist, not an economist, and in honoring her, the judges seemed to suggest that economics should be thought of as an interdisciplinary field rather than a pure science governed by mathematics.

“This award is part of the merging of the social sciences,” said Robert Shiller, a Yale University economist. “Economics has been too isolated and too stuck on the view that markets are efficient and self-regulating. It has derailed our thinking.”

Scientific Background on the Sveriges Riksbank Prize in Economic Sciences in Memory of Alfred Nobel 2009
ECONOMIC GOVERNANCE, compiled by the Economic Sciences Prize Committee of the Royal Swedish Academy of Sciences
http://nobelprize.org/nobel_prizes/economics/laureates/2009/ecoadv09.pdf

Information for the Public:
http://nobelprize.org/nobel_prizes/economics/laureates/2009/info.pdf

http://dlc.dlib.indiana.edu/dlc/browse?value=Ostrom%2C+Elinor&type=author
Posted by Martín Tanaka at 12:19 a. m. No hay comentarios.: 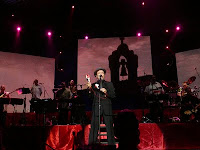 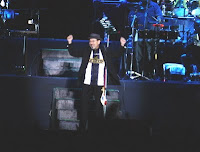 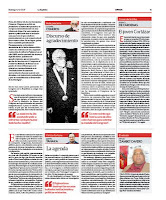 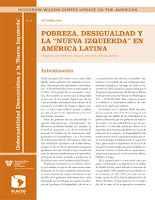 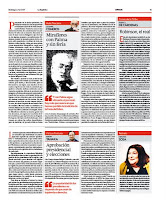 Beyond the Third Way. What Is Wrong with Social Democracy?
By Matt Browne, Ruy Teixiera and John Halpin
Germany's Social Democrats are in crisis. And they are not alone. Across Europe, social democratic parties are struggling to connect with a new generation of voters. What's the problem?
http://www.spiegel.de/international/germany/0,1518,652231,00.html

The Credibility Trap
Europe's Center-Left Parties Stuck in a Dead End
By Manfred Ertel, Hans-Jürgen Schlamp and Stefan Simons
Europe's social democratic parties are in the deepest crisis of their history as conservative parties co-opt their principles and far-left parties steal their traditional supporters. The glory days of Tony Blair and Gerhard Schröder's "third way" seem like the distant past.
http://www.spiegel.de/international/europe/0,1518,650812,00.html

An ideological map
Stuart White
3 September 2009
How can we build a “good society”? Four evolving strands of progressive thought and the guiding spirits behind them assessed
http://www.newstatesman.com/uk-politics/2009/09/society-guiding-progressive

The socialist’s guide to camping
G A Cohen
Published 03 September 2009
Just because humans are selfish, should we give up on the ideals of equality and community? Oxford philosopher G A Cohen, in the book he was writing when he died last month, argues that there is reason for hope
http://www.newstatesman.com/uk-politics/2009/09/camping-trip-others-community


Foto: Christian Charisius/Reuters
A sign showing the Social Democratic Party’s candidate for chancellor was being hauled away Monday, a day after the party badly lost in German elections.
http://www.nytimes.com/2009/09/29/world/europe/29socialism.html
Posted by Martín Tanaka at 5:05 p. m. 1 comentario: