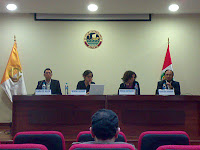 http://erichluna.wordpress.com/2011/10/18/el-analisis-de-las-politicas-publicas-en-america-latina-desde-la-ciencia-politica-temas-de-investigacion-y-debate/
Posted by Martín Tanaka at 9:54 a. m. No hay comentarios.: 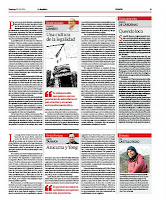 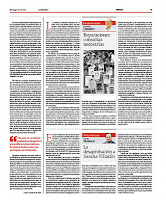 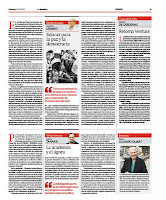 A Vote for Moderate Change

I.The Global Context
Marc F. Plattner
Although the Arab revolts have a long way to go before they can be counted as gains for democracy, they do underline what is perhaps democracy’s greatest source of strength worldwide—its superior legitimacy.

II.The Lessons of 1989
Lucan Way
The Arab events of 2011 may have some similarities to the wave of popular upheavals against authoritarianism that swept the Soviet bloc starting in 1989, but the differences are much more fundamental.

III.The Role of the Military
Zoltan Barany
Across the Arab world, militaries have played a key role in determining whether revolts against dictatorship succeed or fail. What factors determine how and why “the guys with guns” line up the way they do?

IV.The Impact of Election Systems
John M. Carey and Andrew Reynolds
Methods of electing legislatures are fraught with consequences for the shape and quality of democracy, and must balance a number of competing goals. Amid the current political ferment of the Arab world, what kinds of electoral systems are emerging and what will they mean for democratic hopes there?

V.Is Saudi Arabia Immune?
Stéphane Lacroix
Saudi Arabia looked for a time in early 2011 as if it too would become swept up in the Arab uprising. Yet it never quite happened—why?

I.A Vote for Moderate Change
Martín Tanaka
Despite the presidential victory of Ollanta Humala, Peru’s 2011 elections had some continuities with the 2006 contest. The electorate is dividing along regional and socioeconomic rather than partisan lines.

I.Reluctant India
Pratap Mehta
Though justly vaunted as the world’s largest democracy, India will in all likelihood remain reluctant to take on the mantle of “democracy promoter” for a mix of historical, ideological, and strategic reasons.

II.Indonesia Finds a New Voice
Rizal Sukma
Since its transition to democracy barely a decade ago, Indonesia has begun projecting its newly democratic values across international borders. So far, however, its efforts have been largely rhetorical.

III.Turkey’s Dilemmas
Soli Özel and Gencer Özcan
Long an “ultrarealist” power, Turkey has over the last decade begun taking human rights and democracy more seriously as aspects of its diplomacy, albeit still in a decidedly selective way.

IV.The Multilateral Dimension
Ted Piccone
When it comes to backing democracy and human rights in international forums, the behavior of the world’s six most influential rising democracies ranges from sympathetic support to borderline hostility.

Singapore: Authoritarian but Newly Competitive
Stephan Ortmann
Singapore has long been known for combining economic development with strict limits on political opposition. But its 2011 parliamentary elections suggest that it is moving toward “competitive authoritarianism.”

Fukuyama’s Grand Vision
Sheri Berman
A review of The Origins of Political Order: From Prehuman Times to the French Revolution by Francis Fukuyama. 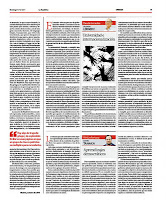 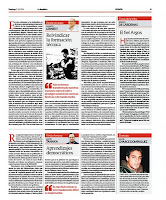