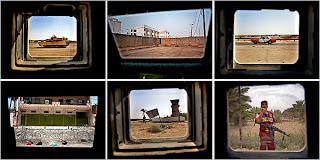 
"Machiavelli argued that political judgment, to be effective, must follow principles more ruthless than those acceptable in ordinary life. He wrote that “it is necessary for a prince wishing to hold his own to know how to do wrong, and to make use of it or not according to necessity.” Roosevelt and Churchill knew how to do wrong, yet they did not demand to be judged by different ethical standards than their fellow citizens did. They accepted that democratic leaders cannot make up their own moral rules, a stricture that applies both at home and abroad — in Guantánamo, at Abu Ghraib or anywhere else. They must live and be judged by the same rules as everyone else.

In my political-science classes, I used to teach that exercising good judgment meant making good public policy. In the real world, bad public policy can often turn out to be very popular politics indeed. Resisting the popular isn’t easy, because resisting the popular isn’t always wise. Good judgment in politics is messy. It means balancing policy and politics in imperfect compromises that always leave someone unhappy — often yourself.

Knowing the difference between a good and a bad compromise is more important in politics than holding onto pure principle at any price. A good compromise restores the peace and enables both parties to go about their business with some element of their vital interest satisfied. A bad one surrenders the public interest to compulsion or force.

Good judgment in politics, it turns out, depends on being a critical judge of yourself. It was not merely that the president did not take the care to understand Iraq. He also did not take the care to understand himself. The sense of reality that might have saved him from catastrophe would have taken the form of some warning bell sounding inside, alerting him that he did not know what he was doing. But then, it is doubtful that warning bells had ever sounded in him before. He had led a charmed life, and in charmed lives warning bells do not sound.

People with good judgment listen to warning bells within. Prudent leaders force themselves to listen equally to advocates and opponents of the course of action they are thinking of pursuing. They do not suppose that their own good intentions will guarantee good results. They do not suppose they know all they need to know. If power corrupts, it corrupts this sixth sense of personal limitation on which prudence relies.

A prudent leader will save democracies from the worst, but prudent leaders will not inspire a democracy to give its best. Democratic peoples should always be looking for something more than prudence in a leader: daring, vision and — what goes with both — a willingness to risk failure. Daring leaders can be trusted as long as they give some inkling of knowing what it is to fail. They must be men of sorrow acquainted with grief, as the prophet Isaiah says, men and women who have not led charmed lives, who understand us as we really are, who have never given up hope and who know they are in politics to make their country better. These are the leaders whose judgment, even if sometimes wrong, will still prove worthy of trust"