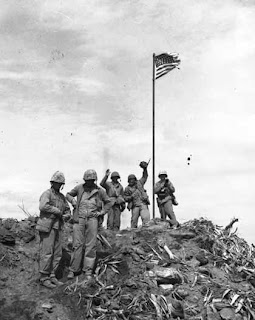 A common factor in conventional war movies, whether they are made by Americans, Europeans, or Asians, is the lack of visible enemies. They are there, in the way Indians were there in old westerns, as fodder for the guns on our side, screaming Banzai! or Achtung! or Come on! before falling to the ground in heaps. What is missing, with rare exceptions, is any sense of individual difference, of character, of humanity in the enemy. And even the exceptions tend to fall into familiar types: the bumbling or sinister German, hissing about ways to make you talk, the loud, crass American, the snarling Japanese.

Colonel Saito, the camp commander in The Bridge on the River Kwai(1957), played by Sessue Hayakawa, shows some personal qualities, but they still fall within the well-trodden domain of the stoic samurai, growling his way to the inevitable ritual suicide. Then there are the epic battle films, such as Tora! Tora! Tora! (1970), about the attack on Pearl Harbor, jointly directed by an American (Richard Fleischer) and two Japanese (Kinji Fukasaku and Toshio Masuda). We see historic figures barking orders on the bridges of aircraft carriers and the odd Japanese pilot baring his teeth as he approaches the USS Arizona, but there is no time in the midst of all the gunfire for intimacy.

There are reasons for this lack of enemy characters, both practical and propagandistic. It was hard in Hollywood, until recently, to find enough competent actors to play Japanese roles (or Vietnamese for that matter). Japanese soldiers were usually played by an assortment of Asian-Americans who shouted a few words in barely comprehensible Japanese. Hollywood could have done better but too few people cared. If finding convincing foreign actors was not easy in California, it was even harder in Japan. American soldiers in wartime Japanese propaganda films were often played by White Russians who hardly spoke English. Sometimes Japanese actors with wax noses and blond wigs had to do. And the stock GI in postwar Japanese movies, raping local girls and stomping across the tatami floors in his boots, is usually played by any available white male in need of some easy money. The same principle holds for Chinese movies, by the way, where most "Japanese devils" speak in heavy Chinese accents, and Americans in every accent known to Caucasian man.

The propagandistic reason is perhaps more important than the practical one. Most war movies have been about heroes, our heroes, and individual differences among the enemies were irrelevant, since their villainy could be taken for granted. In fact, showing individual character, or indeed any recognizable human qualities, would be a hindrance, since it would inject the murderousness of our heroes with a moral ambiguity that we would not wish to see. The whole point of feel-good propaganda is that the enemy has no personality; he is monolithic and thus inhuman.

Like the classic western, the war movie as patriotic myth has been challenged more and more since the heroic days of John Wayne and Robert Mitchum. Think of Catch-22 or Platoon or Kubrick's Full Metal Jacket. And even before World War II, such films as All Quiet on the Western Front and La Grande Illusion treated the enemy as human beings. But Clint Eastwood is the first director, to my knowledge, who has made two films of the same battle, showing both sides from the perspective of individual soldiers with fully developed characters. Deftly, without polemics or heavy-handed messages, he has broken all the rules of the traditional patriotic war movie genre and created two superb films, one in English, the other in Japanese: Flags of Our Fathers and Letters from Iwo Jima. The latter, in my view, is a masterpiece.